Walking and Painting in Frankfurt 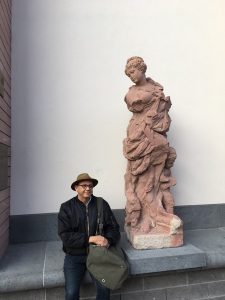 Spent some days walking and painting in the most international city in Germany, the largest financial centre in the Europe,  the historical city of coronations, the city of Goethe and the Frankfurt School… In brief, to the smallest metropolis in the world – Frankfurt in which there is a lot to discover and paint.

An inspiring place where almost one in three of the people living in Frankfurt do not hold a German passport. I always meet people in Frankfurt who speak their own language and a restaurant that serves their own favourite food.

The open and hospitable atmosphere in Frankfurt stems from its centuries-old role as a trading centre.

This liberal and democratic tradition of the city may be one reason, that many artists from very diverse cultures have lived and worked here for a long time. 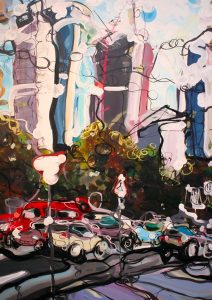 This starts with the city’s architecture. Those who go and have a drink in a cosy cider pub on a nice summer evening will experience the atmosphere that even Frankfurt’s most famous son, Johann Wolfgang Goethe, would still easily recognise.

The view of Frankfurt’s bold high-rise architecture is just as attractive and yet very different. Directly opposite the high-rise buildings, on the other side of the Main, a unique collection of 13 museums has been developed and these are devoted to different works of art, from classical paintings to modern media.

The Main metropolis offers many renowned stages: the Frankfurt opera house has already been awarded the title of ‘Opera House of the Year’ for its overall artistic performance. And the Frankfurt theatre sets new accents in local and national cultural life with its own high-quality productions as well as top-notch co-productions. 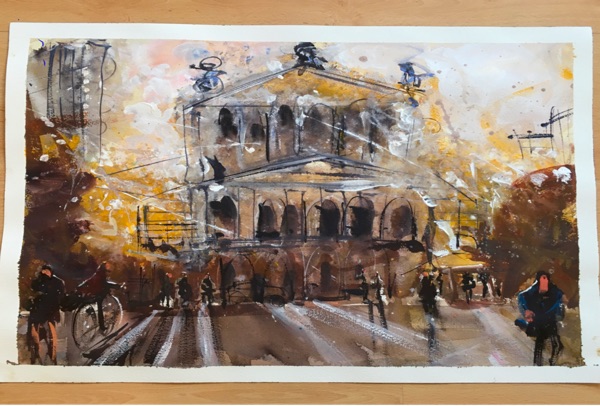 In addition to these two municipal theatres, a lively free theatre scene has also established itself with more than 20 venues. Foreign-language productions are offered primarily by the English Theatre and the International Theatre Frankfurt. The Old Opera House in Frankfurt, with its world-renowned late-classical façade, is an important concert and event venue far beyond the boundaries of the Rhine-Main region. 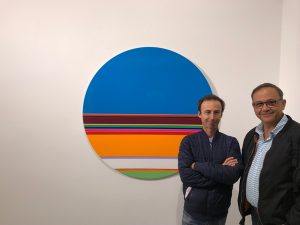 With Valery, a local painter

Radical and monumental, but also experimental and multidisciplinary. Some of Frankfurt’s exhibition spaces are dedicated exclusively to the very latest art. The Städel extension and the Schirn art gallery, along with the Museum of Modern Art (MMK) and the Portikus exhibition hall show art from 1945 to the present day.

At the beginning of 2012 the acclaimed Städel Museum opened a spectacular underground extension for its post-1945 collection. Designed by Frankfurt architects Schneider+Schumacher, this extension increases the exhibition space by 3,000 square metres and represents an important step in the ongoing optimisation of Frankfurt’s museum embankment.

Artworks that used to languish in storage can now be made accessible to the public. Another distinctive conceptual feature is the idea of arranging the works in themed rooms rather than in chronological order. 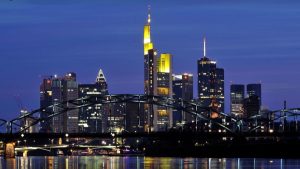 The Schirn art gallery in Frankfurt is among Europe’s leading exhibition venues for everything from Modernism to contemporary art, regularly breaking its own visitor number records. The range extends from individual exhibitions featuring artists such as Jeff Koons and Edvard Munch to group exhibitions such as ‘The female Impressionists’ or the performance series ‘Playing the city’, which brought art into the public domain over three summers.

The Museum of Modern Art (MMK) has been dedicated to presenting contemporary works of art for more than 20 years. The Austrian architect Hans Hollein designed the unusual, playful building, which acquired the nickname ‘the piece of cake’ due to its triangular shape. 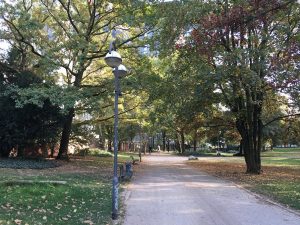 The permanent exhibition of the MMK comprises installations as well as two-dimensional works, supplemented by changing group and individual exhibitions.

The Portikus exhibition hall, founded in 1987 and housed in a building on a small island in the river Main since 2006, is of great interest to all fans of contemporary art. Olafur Eliasson’s LightLab installation draws attention to the hall from the Frankfurt side.

I’ve captured my whole tripe in a short video – A visit to Frankfurt.

We use cookies to ensure that we give you the best experience on our website. If you continue to use this site we will assume that you are happy with it.Ok