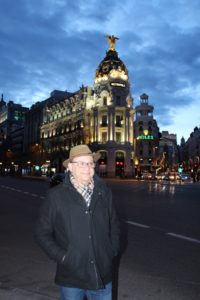 When you visit the Alcazaba take time to wander around the beautiful gardens and take in the views of the city across to Cabo de Gata from the towers. Entry is free if you’re from the EU. Definitely the top thing to do in Almería!

When I was a child, I used to read books voraciously. I would read page after page and obsess over faraway lands. Only when I started painting and traveling did I realize what the travel quote “It’s better to see something once than hear about it a thousand times”. As a traveler and a painter I try my hardest to seek inspiration and new ways of draw, and describe my emotional mood as an artist. However, there are just some things and experiences that are just too beautiful to put down on canvas.

The Alcazaba is a old walled fort and city that overlooks Almería. It was built in the 10th century by the Muslims who ruled this area at the time. When the city of Almería was surrendered to the Catholic Monarchs. Ferdinand and Isabella in the late 15th century Christian additions were made. A 1522 earthquake destroyed much of Almería and the city and the Alcazaba, but it has since been restored.

Have a coffee with John Lennon 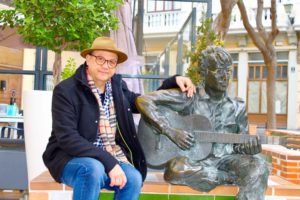 As the story goes, John Lennon was in Almería filming “How I Won the War”, and he wrote the Beatles song, “Strawberry Fields”.

Many celebrities have been to Almería over the years, especially back when filming Westerns was super popular. John Lennon is the only one to have been granted a statue and you can find him playing his guitar in Plaza de los Flores.

Climb to Cerro de San Cristobal and the Fortress Wall 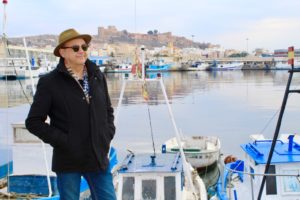 Towering over the city, even higher than the Alcazaba, is the Cerro de San Cristobal. There are no gates and therefore no cost of entry.

You’re free to explore the ruins of the wall and enjoy the view over the city of Almería and the bay. It’s a great place to go for another perspective of the Alcazaba, and to watch the sun set. 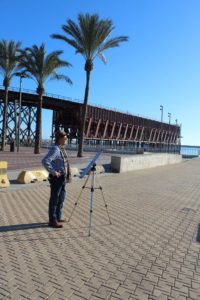 Built by the English in 1904 as a loading dock for minerals found in the area and designed by architects from the school of Gustave Eiffel, architect of the Eiffel Tower. 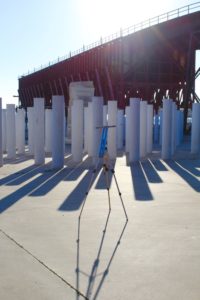 This huge structure dominates some of the harbour of Almería.

Next to the Cable Inglés is a memorial in remembrance of the 142 Jews of Almería who were killed at Mathausen.

Go out for Tapas

Not exactly a “thing to see” in Almería, but a top thing to do!

Going for tapas isn’t difficult, with almost any cafe or bar offering tapas around lunch and dinnertime. Order a beer or wine and you’ll be able to choose a small plate of food from a menu. As a port city, Almería has some great seafood tapas. 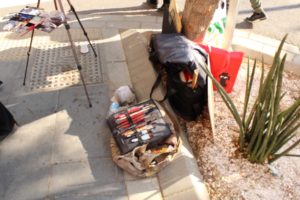 You can find places like Casa Puga with more traditional tapas, as well as those offering more contemporary options like La Mala and La Consentida. 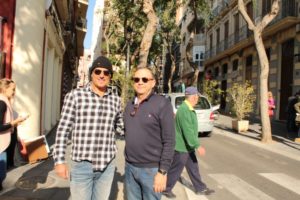 It was a pleasure meet Alvaro Castagnet and paint some watercolours with him.

Alvaro has been awarded in numerous prestigious competitions and today he travels around the world exhibiting his works in the best galleries.

Teacher of teachers, he also focuses his attention on the training of watercolor professionals, giving workshops in cities such as Sydney, Paris, London, Berlin, New York, Montevideo and now Almeria, among many others. 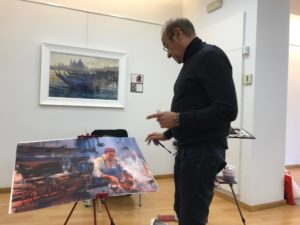 Alvaro Castagnet is currently one of the best watercolourists in the world. 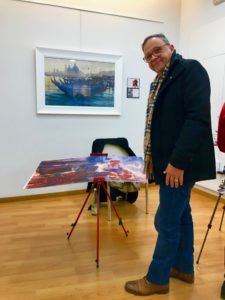 Quite an inspiration for my work back to Lisbon!